PLEX Inflation and the invisible hand 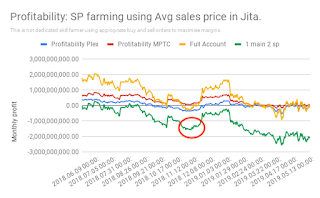 I showed that PLEX sales all through 2018 depressed the price of PLEX. This caused the "average player" to feed the market with injectors until a breaking point. I think that point was around Oct-Nov last year. There had been enough negative months that it just wasn't worth using PLEX MPTC to extract alts. The market lost it's indiscriminate seller. "everyone says extract your alts to pay for your main" changed to "this shit don't work no more". 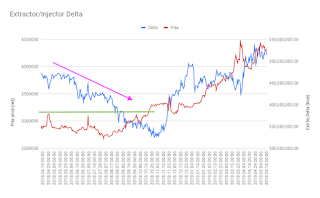 This chart shows the "Delta" i.e. what you make once you buy one extractor. Extract the SP and sell one injector. We had two forces working in this chart. The green line shows resistance line for PLEX. These sharps drops in price were caused by CCP sales. People were incentivised to buy PLEX for $$$ and sell it on the market, or use it for cheap game time. The pink arrow shows the indiscriminate seller. The "average player" detailed above. No matter the price they would sell directly on the market to "fund" their account. Until it didn't.

A question I had yesterday regards the "lag" in prices i.e. offsetting the price by 10/30 days to show a correlation. At the minute I haven't had to do it. IRL take the US Tax cuts of 2017. The market impact took 6-12 months to shaow in data. Company X buys a crane it takes time to order. Build to the spec, test deliver. Then you might have 90day terms for paying your invoices. It all takes time. In space I can sell PLEX buy twenty freighters realise I only need ten. Sell ten and buy three Machariels instead and put some ISK back in PLEX. As quick as I can do the clicking.

Look at the spike in PLEX price red line in Apr. Look at the immediate drop in profitability Delta blue line. The impact was immediate.

All the data I have comes direct from the Eve client. I don't know the computers API ESI I once had an STI! Shout out to Ethan02. He has done an amazing job pulling data from the MER reports that come out each month. If you haven't already check out his site https://www.adam4eve.eu/

The price of PLEX corrected for the split in may '17

Anyone that has studied statistics, data analysis or dare I say economics knows:

You always have to look deeper. Just because prices trend in the same direction does not mean one is causing the other. I will let one thing slip from my real life. 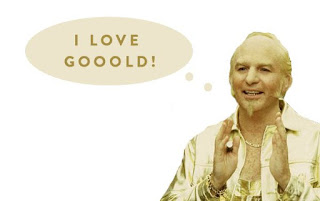 I see PLEX as space gold. The last time I took a break from Eve lasted almost 2 years. I put all my ISK in PLEX and came back to a nice surprise. Ships changed, Triglavians were a thing but PLEX was the same. It had risen inline with the amount of ISK ingame as shown by the first two charts. So it didn't matter that a freighter had doubled in price, because my PLEX had also doubled in price. Now if I had kept all my ISK in ISK (?) then that freighter would have been a larger % of my capital to purchase.
Posted by Thousandaire at 12:15